A Weekend of Sliding!

Last week the Luge Junior World Cup and Junior European Championships as well as the Swiss Speed Skating Championships were held in the alpine resort of St. Moritz in Grisons.

For the second year in a row the Speed Skating events took place on the frozen lake of St. Moritz. «Thanks to the experience of 2018 there was an optimal preparation of the ice, the quality of which was far superior this year. This is very promising for the 2020 Youth Olympic Games!» according to Simone Righenzi, Head of Sports for Lausanne 2020. The athletes as well as the International Skating Union representatives Roland Maillard and the Olympian Aleksandr Kibalko were thrilled.

As for the Luge events, they gave many athletes the opportunity to test the historic «Olympia Bob Run». A 100% natural run where the Bobsleigh competitions were held during the Winter Olympics in St. Moritz in 1928 and in 1948…and where the Bobsleigh, Skeleton and Luge competitions will be held during the 2020 Youth Olympic Games! «The specially designed start for the Luge races and its surrounding infrastructures perfectly met the expectations of the International Luge Federation. It is worth noting that a higher number of Women Doubles than expected took part in the competitions. This category will have its Olympic debut in 2020 in St. Moritz!» Simone Righenzi was happy to say.

Eisschnellläufer Livio Wenger «back to the roots» - TV - Play SRF 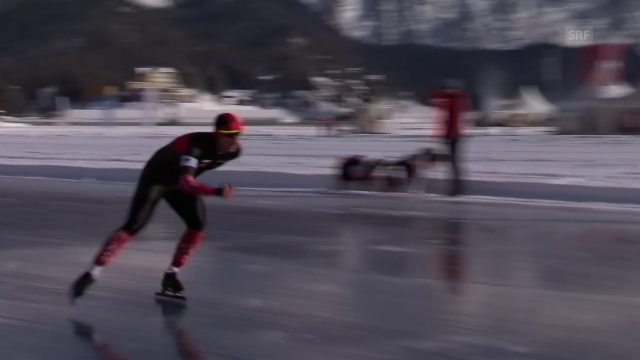